Computer is a machine that can accept data and process it according to a stored program of instructions and then give the result via output devices. An electronic symbol-manipulating system that’s designed and organized to automatically accept and store input data, process them, and produce output results under the direction of detailed step-by-step stored program of instructions.
For example you input any data using input devices, 5 + 4. Then this data will be processed in a computer. This process will be held by a device called processor. After the process is completed, the result will be held by an output device. Sometimes, the computer needs to save the process for a particular need. For example for further use in the future. In this case the computer will save the process to a device called storage. That’s the way computer works.
Now have a look at all devices in that process. First one is input device. There are many kinds of input devices. The most commonly used is keyboard. Others are mouse, light pen, microphone, track ball, camera (for example webcam), etc. We can say that input device is any kinds of devices that can be used to input any data to a computer.
The second device is the processor. This is the brain of the computer which holds all data processing in a computer. The processor is created based on semiconductor material like Germanium (Ge) and Silicon (Si). The form of processor was not like the form we see the processor nowadays. There are evolution in creating a processor until we get the form of processor today.
For the first time, computer used vacuum tube, an electronic device to hold computation. Vacuum tube is in big size. And one computer may consist of tens even hundreds of vacuum tube. That’s why it is no wonder if the first generation of computer may have a very big size like a house.
The second generation of computer began with the invention of transistor to replace the use of vacuum tube. The effect of this invention is the reduce on the size of computer. The size of transistor may be like a peanut-size. That’s why there is a significant reduce in the size of computer.
The next generation is the use of Integrated Circuit (IC) to replace transistor. One IC may consist of thousands of transistor. Finally the IC also gets evolution into VLSI which consists of thousands of IC. That’s about the processor.
The third device is output device. Output device is any device that can produce information as the result of computer process. This information can be displayed in a monitor, or can be listened via speaker, or can be read such as in printing form like paper.
Recently there are two kinds of monitor, the first is CRT monitor which is use electronic tube that’s why the size is big. The second is LCD. LCD has slim form since it has flat monitor, the technology that is used also for notebook and laptop.
The last device is storage. Actually this device is used to store or save any information from a processor. The most common of storage device are hard disk, flash disk, floppy disk, CD- ROM (optical disk), magnetic tape, etc.
Next Post Previous Post
No Comment
Add Comment
comment url
Bahasa Inggris 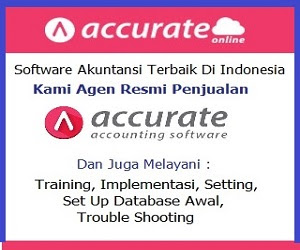